Protecting the pangolin – Can name recognition save species?

IN 2012, a group of scientists, activists, and conservation groups banded together to save the worlds most trafficked mammal – the pangolin – from extinction.

They knew the task would not be easy. All eight species of pangolin, also known as scaly anteaters, faced threats from rampant habitat destruction, covert poaching networks, and demand for pangolin products in China and Vietnam. To make matters worse, the vast majority of the public had no idea what a pangolin even was.

The pangolin’s anonymity wasn’t surprising. As nocturnal, solitary, and highly secretive creatures, pangolins spend most of their time burrowing or feeding on ants and termites with their long tongues. They are also rare, and are difficult to photograph, study in the wild, or raise in captivity.

No wonder most people had never heard of them.

But even with these antisocial traits, there are lots of reasons to love pangolins. First, they are adorable: pangolins are covered in a layer of overlapping scales and look like walking pinecones. Second, they are ecologically important: a pangolin’s scaly exterior protects them from the stinging bites of termites, which they devour by the pound. This bottomless appetite makes pangolins a natural pest exterminator. Third, they are unique: pangolins are the only living members of the order Pholidota and have been around for over 50 million years. While they look like anteaters, their closest living relatives are actually members of the order Carnivora, which includes dogs, cats, bears, and seals.

Sadly, these quirky creatures face a mounting threat from the illegal wildlife trade. In the same way poachers target elephants for their ivory and rhinos for their horns, pangolins are targeted for their scales, which are dried and used in traditional medicine in Asia. Even though pangolin scales are made of the same material as human fingernails and have not been shown to have any healing properties, they are highly sought after and constitute 20% of the global black market in protected animal parts. Pangolins are also hunted for their meat.

More than one million pangolins have been killed over the past decade to satisfy surging demand for their scales and meat, earning them the dubious title of the world’s most trafficked mammal.

Law enforcement in Indonesia unearth thousands of frozen pangolins that were killed for sale in the illegal wildlife trade. Photo credit: Paul Hilton.

Conservationists knew that something had to be done to change this grim statistic, and that achieving meaningful protections for pangolins would not be easy. To address the threat of poaching, they decided to focus first and foremost on raising public awareness about the plight of the pangolin.

Public awareness is important because it generates the conservation funding and political will required to save a species. Well known and widely loved animals such as elephants and rhinos also face intensifying threats from the illegal wildlife trade, but benefit from hundreds of millions of dollars in funding that supports monitoring networks, public service announcements, protected area and customs enforcement, and conservation programs.

Similar funding opportunities and conservation action to protect pangolins would require a coordinated global movement to introduce the planet to its most bizarre mammal.

A baby pangolin hitches a ride on its mother’s tail at the Taipei Zoo. Photo credit: Suzi Eszterhas/Minden Pictures/Solen News.

Introducing the World to the Pangolin

The push to raise global awareness about pangolins took off in 2012 following the formation of the Pangolin Specialist Group by the IUCN Species Survival Commission.

The Pangolin Specialist Group, which consists of over 100 organizations from over 25 countries, was created to serve as a global voice for pangolin research and conservation. The group acted swiftly to launch World Pangolin Day to raise awareness about these obscure creatures.

World Pangolin Day, which falls on the third Saturday of February each year, has reached an increasingly broad and diverse audience on social media. The highly successful public awareness campaign triggers a flood of pangolin gifs and hashtags every February, bringing the elusive pangolin and its plight to thousands of newsfeeds. World Pangolin Day has also inspired articles by CNN, The Telegraph, Mongabay, and Smithsonian Magazine that have collectively reached millions of readers, and been used to promote interactive online tools to track the international wildlife trade, such as the EIA Pangolin Crime Map.

The Roll with the Pangolins Angry Birds Friends Tournament was released in 2014 to draw attention to pangolin conservation. Photo credit: Rovio.

Efforts to publicize the pangolin have only expanded since then. In 2014, Pangolin Specialist Group member United For Wildlife partnered with Angry Birds to release the Roll with the Pangolins Angry Birds Friends Tournament. The mini game, which prompted users to free pangolins from cages using Angry Birds, was played 8 million times within a week of its launch.

In 2016, WildAid teamed up with Angelababy, one of China’s biggest celebrities, to produce a public service announcement about pangolins. The campaign aimed to reduce consumption of pangolin products and raise awareness of the illegal wildlife trade in China. Angelababy’s 60 million followers on Weibo, the Chinese version of twitter, make her a social media force comparable to the Kardashians and a valuable spokeswoman for pangolins.

A Pangolin Tale, a children’s book about pangolins, was released to coincide with Endangered Species Day in 2016. Thirty percent of the of the profits from the book will be donated to pangolin conservation. Photo credit: Oakenday Press.

In Vietnam, a hotspot for pangolin consumption, the group Education For Nature has produced 30 public service announcements that have reached a large segment of the country’s 90 million residents. The ads aim to discourage consumption of exotic wildlife products.

Other forms of media have been used to publicize pangolins, including art exhibits, radio programs, memes, and children’s books. Pangolins even made a debut on the big screen in 2016 with an appearance in Disney’s The Jungle Book.

Over the past five years, World Pangolin Day and other public awareness initiatives have exposed the pangolin to greater degree of international attention than the obscure mammal had ever experienced before.

Major news outlets began reporting on seizures of illegally trafficked pangolin scales. In Zimbabwe, 47 pangolin poachers were convicted amid a poaching crackdown, and in 2014 undercover investigations succeeded in removing illegal wildlife products, including pangolins, from select restaurants in Vietnam. In 2016, a survey of 1,900 Chinese citizens found that 80% support a ban of pangolin products, while 90% expressed a willingness to participate in activities that would protect pangolins.

Dried pangolin scales are sold for use in traditional medicine in China and Vietnam. Pangolin scales are made of keratin, the same material as human fingernails, and have no demonstrated medicinal properties. Photo credit: IUCN Pangolin Specialist Group.

Growing public support for pangolin conservation has fueled the work of the Pangolin Specialist Group, which released the Scaling Up Pangolin Conservation action plan in 2014. The action plan is a synthesis of policy, research, and outreach recommendations that are critical to the survival of pangolins. It has already spawned a number of successful initiatives focused on reducing demand for pangolin products, documenting patterns in the illegal wildlife trade, identifying and securing pangolin strongholds, engaging local communities, and more.

Rising public awareness and action by pangolin conservation groups have helped to create a brighter future for pangolins this year.

In October 2016, 182 countries voted to completely ban the international trade of pangolins during the 17th Conference of the Parties (CoP 17) of the Convention on International Trade in Endangered Species (CITES). The decision to list all eight species of pangolin under Appendix I, the strictest form of protection under CITES, will increase penalties for wildlife traffickers, close legal loopholes, and prioritize enforcement. The new restrictions will take effect in January 2017. 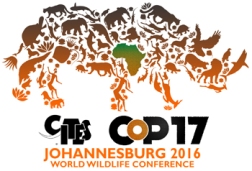 Pangolins have benefited from an influx of attention over the past few years, but far too many people still don’t know they exist. While pangolin conservation programs have increased, pangolins continue to face threats from poaching, and it will be a while before pangolin populations begin to stabilize.

In short, pangolins need your help now more than ever. Here are a few simple things you can do to protect them.

Pangolin conservation is finally gaining momentum. By raising your voice for pangolins, you help to perpetuate this momentum and contribute to a brighter future for these wonderful creatures.

← Satellites, dynamite and more – 7 ways to save the ocean from illegal fishing
Top 5 environmental success stories of 2016 →
Take Home Message: Awareness about pangolins and the threats they face has risen dramatically over the past four years thanks to World Pangolin Day and other initiatives. This uptick in awareness has helped to advance pangolin conservation and increase protections for pangolins under CITES. While progress has been made, pangolins remain highly threatened. You can help pangolins by supporting the work of the Pangolin Specialist Group, reporting wildlife crimes, and spreading the word about pangolins.