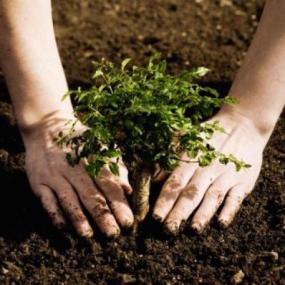 Over 70% of Americans say they are concerned about pollution and environmental degradation, with millennials, the generation of the future, placing a higher value on environmental protection than any previous generation.

ENVIRONMENTAL awareness is on the rise.

Over the past decade, habits conventionally thought of as “environmentally friendly” have become mainstream. Millennials, eco-conscious consumers, and global citizens increasingly recycle, buy organic products, drive hybrids, bike to work, conserve water, and go out of their way to reduce their carbon footprints.

In spite of these actions, major threats to environmental health and sustainability loom.

Deforestation, unsustainable agriculture, and the production of fossil fuels continue to push this planet down a dangerous path towards unchecked climate change. Poaching, overfishing, and invasive species threaten ecosystems around the world. Habitat loss, the number one threat to species worldwide, continues unchecked.

In the face of these challenges, it is easy to view environmentally friendly habit changes as insignificant or even pointless. But green lifestyle changes have a habit of catching on and adding up to produce big impacts. For example, the uptick in recycling observed in the United States since 2000 has prevented 8 million metric tons of carbon emissions. That’s roughly the equivalent to the emissions produced generating electricity for 1.4 million households. By recycling all of their mixed plastic waste, the average family of four can keep 340 pounds of carbon out of the atmosphere each year.

The moral of the story is that your actions make a difference. So if you don’t already recycle, conserve water, or work to reduce your carbon footprint, click here for a list of easy first steps you can take towards a greener lifestyle.

But if you are reading this article, you’re probably already aware of these steps. Hopefully, you already practice some or all of the eco-friendly activities mentioned above.

But that doesn’t mean there isn’t more to do.

Nearly all of our habits, daily chores, and lifestyle choices impact the environment for better or worse. It doesn’t have to be recycling; tweaking even modest aspects of our routine that are seemingly unrelated to the environment can significantly improve our relationship with the planet.

Below are ten activities, habits, and lifestyles changes that aren’t conventionally thought of as environmentally friendly but carry the potential to benefit the environment.

Home cooked meals tend to be more environmentally friendly than processed or frozen foods. This is because, as a chef, you get to choose how you prepare your food, including the exact list of ingredients that go into your meal and the method used to prepare them. The long list of ingredients in processed foods can conceal environmentally harmful additives such as palm oil or energy intensive practices such as freezing food. Processed foods also tend to use more unnecessary plastic packaging than fresh ingredients. Cooking gives you more control over what you eat and makes it easier to eliminate environmentally harmful products and incorporate more fresh and local foods into your meals. 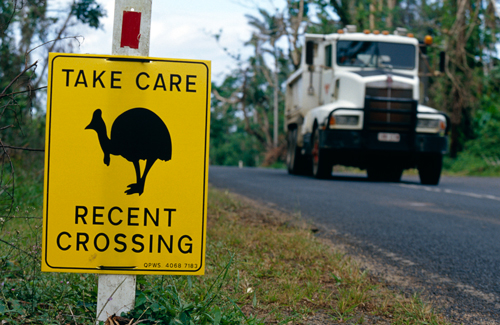 Roughly one million animals become roadkill each day in the United States alone. Such accidents affect nearly all types of wildlife, from deer and raccoons to turtles and tapirs. While anyone is capable of hitting an animal on the road, everyone can take preventative steps to keep themselves and wildlife out of harms way. The solution is as simple as slowing down. Reaction time is key to preventing roadkill, and you are much less likely to kill an animal or damage your car if you are following the speed limit. Paying extra attention during twilight hours, when wildlife is more active and harder to see, or near known wildlife crossing points, are other good preventative strategies. 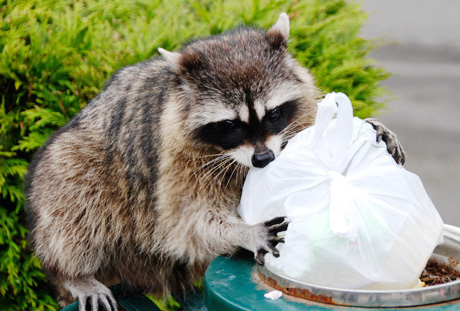 Wild animals love an easy source of food, and will alter their natural feeding patterns when presented with a free lunch. But when people feed wild animals, either intentionally or inadvertently, it diminishes that animal’s natural ability to find food and desensitizes them to humans, putting both the animal and people at risk. Where humans and wildlife coexist, uncovered trash can often become an inadvertent source of food for animals as well as a source of potentially dangerous human-wildlife conflict. You can avoid conflict all together by keeping your trashcans securely covered, or by keeping them indoors until the morning of trash collection.

4. Being a Responsible Pet Owner

We love our pets, but without taking simple precautions, our slimy, scaly, or furry friends can do serious environmental harm. Prospective pet owners should research their desired pet species and breeder to ensure both are environmentally conscious choices. The international pet trade is grossly underregulated, and many amphibians, reptiles, birds, fish, and corals commonly sold as pets are unsustainably sourced from wild populations. In addition to knowing where your pet comes from, make sure you know the projected lifespan and cost of your desired pet. All too often, irresponsible or impulsive pet owners abandon their pets once they become too difficult to care for. Released pets either suffer from starvation or become established in the environment as invasive species and cause ecological harm. If you have an exotic pet you can’t care for, contact your local school, zoo, or wildlife sanctuary about adoption rather than releasing them into the wild. 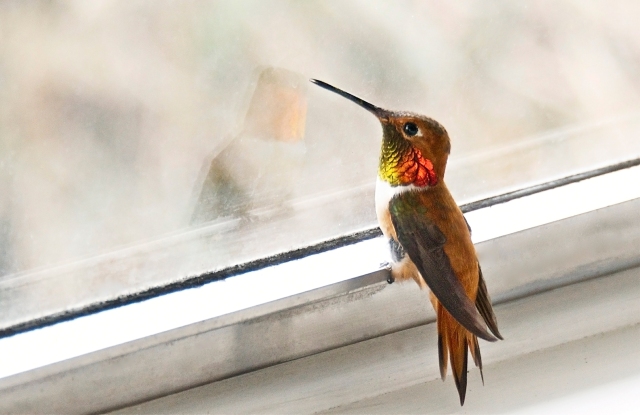 Glass is no friends of birds – an estimated 365 to 988 million birds die each year after colliding with windows in the United States alone. You can help to make your house bird-safe by moving potted plants away from windows, as the foliage attracts birds looking for a place to land and rest. If you have a bird feeder, move it further than 30 feet from large windows, and if you notice some windows are particularly prone to bird strikes, you can attach decals, string, or netting to them to deter birds. You can also help by turning off unnecessary lights during the spring and fall. Light pollution can easily disorient or distract birds, especially during their migration, making them more likely to crash into windows.

Health experts have long agreed that smoking is bad for human health. But the billions of cigarettes lit annually also threaten the health of the environment. Every year, 1.7 billion pounds of cigarette butts wash into our oceans, lakes, and rivers, making cigarettes the most prevalent form of marine debris worldwide. Cigarette pollution is a serious problem, not just because smokers so often dispose of used cigarettes improperly, but also because cigarette butts are toxic and non-biodegradable. Once in the water or in the stomachs of animals that ingest them, cigarette butts leach the very chemicals that make humans sick, poisoning our wildlife and waterways. The easy solution? Don’t smoke. 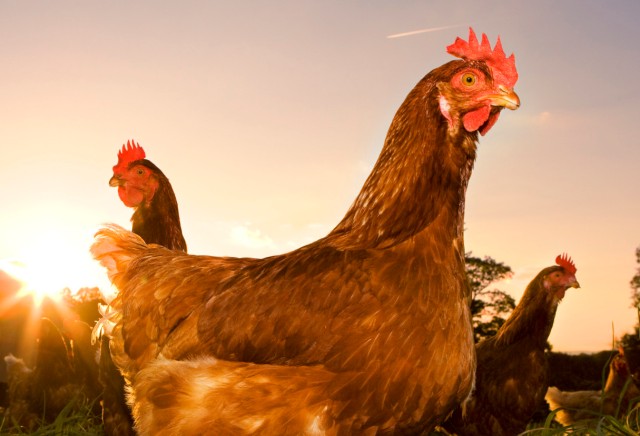 Cutting out meat entirely is a great way to reduce carbon emissions, but becoming a vegetarian is a choice most people are unwilling to make. But that doesn’t mean everyone can’t reduce their red meat consumption. Producing a pound of chicken releases four times fewer greenhouse gas emissions than a pound of pork and 13 times fewer emissions than a pound of beef. This carbon footprint discrepancy is a byproduct of the production process, including the additional deforestation, fossil fuels, and fertilizers that are required to raise larger animals. If many people took small steps to switch from beef to chicken, that would have a greater effect on reducing carbon emission than a small number of people becoming vegetarians.

Not all online activities benefit the environment, but a growing number of online initiatives, games, and aps now offer opportunities for users to participate in conservation firsthand via citizen science. By crowdsourcing tasks such as environmental monitoring and species identification, citizen science allows researchers to tackle larger questions and provides members of the public with a learning experience and an opportunity to get involved. Initiatives such as Condor Watch and Snapshot Serengeti, hosted on the website Zooniverse, mimic online mini-games by prompting users to spot animals in a series of pictures so that researchers can analyze their behavior patterns. Other commonly used online tools, such as Google Street View, have proven to be useful citizen science tools. 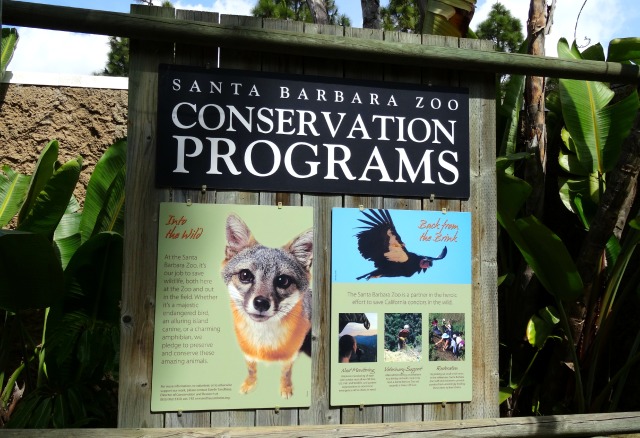 Besides getting a chance to see animals up close, visiting the zoo offers a wonderful opportunity to learn something, or to help others learn something, about wildlife and the importance of conservation. A 2008 poll found that 58% of visitors left zoos with the impression that conservation and biodiversity are “very important”. In addition to raising awareness, zoos fund valuable conservation projects. Across all accredited zoos and aquariums in the United States, $160 million was spent on over 3,000 conservation projects in 2013 alone, helping 781 different species. Visiting your local accredited zoo or aquarium helps to support these conservation research and environmental outreach efforts.

Turn your support for the environment into action by voting for candidates that support environmental protection programs, wildlife conservation, and action on climate change. In the United States, laws such as the Endangered Species Act, the Magnuson-Stevens Act, and the Antiquities Act have a proven immensely successful at safeguarding endangered animals, fisheries resources, and national parks respectively. Despite this success, these and other environmental laws face repeated threats from interest groups and proponents of deregulation. Contact your representatives in writing or on Twitter to express your support for these programs and to hold them accountable for environmental campaign promises.

← Is marine plastic pollution a solvable problem?
The pros and cons of large and small marine protected areas →

Take Home Message: Nearly all of our habits, daily chores, and lifestyle choices impact the environment for better or worse. Habits such as recycling and conserving water are important, but they are not the only ways to be eco-friendly. Activities seemingly unrelated to the environment, such as cooking, voting, and driving the speed limit, can significantly improve our relationship with the planet.